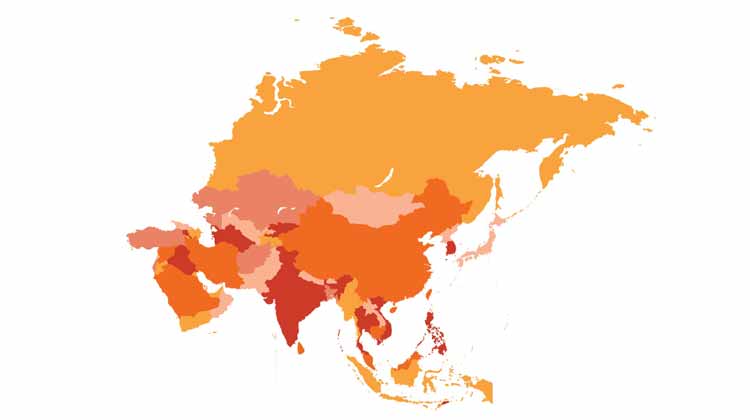 Niko Partners is a company that also conducts market research on the video game industry, e-sports and streaming in Asia and the Middle East. In its report, The Metaverse and Beyond: Future Trends of Gaming in Asia, the consulting firm reports on the place of emerging technologies in the future of gaming in Asia. The company recognizes that the Asian continent is at the forefront of gaming technology. The report highlights the top five technologies impacting gaming on the largest and most populous continent. These include the metaverse, Web 3, cloud gaming, extended reality and virtual influencers.

With the metaverse, the Game-as-a-Service has become the Game-as-a-Platform in the gaming industry. The social games that became popular in the midst of the Covid-19 pandemic allowed this trend to develop in Asia.

The metaverse combines two types of technologies. Existing ones and new ones. The 83-slide report states that games designed with the metaverse will be the most lucrative in the near term.

As far as Web 3 is concerned, it will impact the future of gaming in several ways. First, in terms of their design and networking. Secondly, in terms of their distribution and the management of their monetization.
Indeed, despite emerging monetization models, notably Play-to-Earn (P2E), current web 3 games are far from delivering on the promise of flowers. Regulations related to cryptocurrencies and NFTs also impact the application of Web 3 to games.

Despite the hype surrounding Web 3 gaming, the technology still has many challenges to overcome. Its first challenge, for example, is solving the sustainability of P2E.

In their research, Niko Partners experts found that by 2025, the total addressable market for clou gaming in Asia may be 500 million. In the meantime, cloud-native games, cloud game announcements, MILEs, and trials can push this number up.

In Asia, as this report notes, augmented reality (AR) and virtual reality (VR) are the most developed for games. Mixed reality precedes them. As for Extended Reality (ER) technology, it is still in its development phase. Pokemon Go is one of the games that helped popularize AR in Asia. The continent is becoming increasingly interested in virtual reality. The report states that 40% of those surveyed say they are ready to purchase a VR device. These live in Japan, Korea, Singapore and Taiwan.

The Asian continent is increasingly investing in virtual influencers. Virtual human technology and artificial intelligence are increasingly used to create digital celebrities.While this technology is often portrayed as risk-free, it is important that companies using virtual influencers manage brand identity in a way that better connects with fans.

Niko Partners founder and president Lisa Hanson says it was important for her company, in light of what some companies and investors are saying, to appreciate the real and current stage of NFTs in games in Asia. For her, the published report helps to assess the growth and investment opportunities for the coming years.