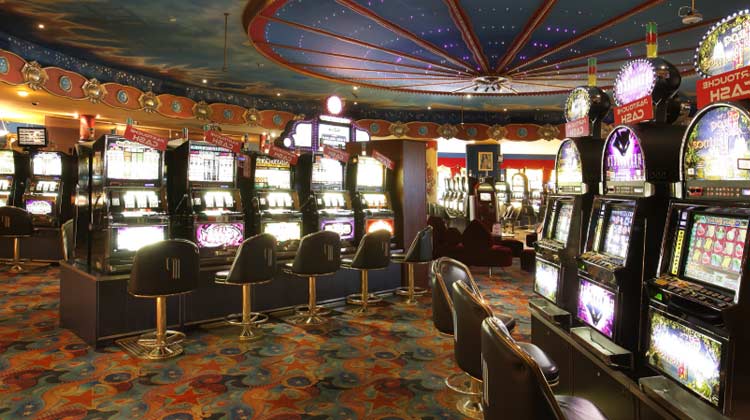 On 22 June 2022, Hard Rock International and the GEK TERNA Group celebrated the start of their partnership with an event in Athens. The two parties officially announced the start of a collaboration to build and operate a hotel complex and an integrated casino. The infrastructure is located in the heart of the iconic Riviera area and is part of the development “The Ellinikon”.

According to the information obtained, the Hard Rock Hotel and Casino Athens will open its doors in the year 2026. In anticipation of this, the hotel will be classified as a must-see destination in Europe. The site contains a number of leisure and entertainment venues, including a five-star luxury hotel, a world-class gaming venue and a major convention hall. Visitors will also have the opportunity to experience a modern venue, world-class dining, a luxury spa, a huge swimming pool and a high-end shopping centre.

According to Hard Rock International President Jim Allen, the partnership with GEK TERNA Group will allow the firm to expand its global presence. The project is expected to bring many benefits, especially in terms of jobs. More than 3,000 permanent jobs will be available to Greek residents. As a result, everyone is looking forward to offering a unique brand of entertainment and providing an exceptional experience to customers of all ages.

According to GEK TERNA Group President and CEO George Peristeris, this development will boost the tourism sector and provide employment for thousands of people. This means a little more revenue and added brand value within the Greek gaming and leisure industry. By working closely with Hard Rock, the group is making a private investment of more than €1 billion and maximising its confidence in the country’s prospects.

Luxury and quality at the forefront

In terms of construction, the project is strongly inspired by Greek culture and craftsmanship, focusing on specific criteria such as the arts and ancient mythology. Between modernity and tradition, several elements are revealed through the architecture and the location of the site. Open spaces and a large number of structures are included, including covered green spaces covering an area of almost 205,000 m². The design of the central tower is divided into three sections and has an iconic shape that emphasises the value of land, sea and sky. The casino will be integrated into an area of at least 15,000 m² containing 200 tables and 2,000 slot machines. In terms of accommodation, more than 1,000 rooms and suites are available with panoramic views of the waterfront, Athens and the Parthenon. Furthermore, guests can relax on the terrace, the rooftop pool with bars, the Rock Spa and the Body Rock Fitness. In terms of entertainment, the Hard Rock Live Theatre will entertain an audience of 3,000 people with festivals and concerts. Other offerings include shops, local and international luxury restaurants, ballrooms, a conference and exhibition centre and support areas.

The operating project benefits from a 30-year concession involving a partnership between Hard Rock International with its 51% and the GEK TERNA Group with 49%. GEK TERNA will be primarily responsible for the entire construction, which is scheduled to begin in the early months of 2023. The work will take almost three years, leading to a planned opening in 2026. So far, the Hard Rock Hotel and Casino Athens is a recent initiative that is part of Hard Rock International’s objectives. In all, the group has a multitude of licensed or managed properties in over 70 countries, including casinos and hotels.